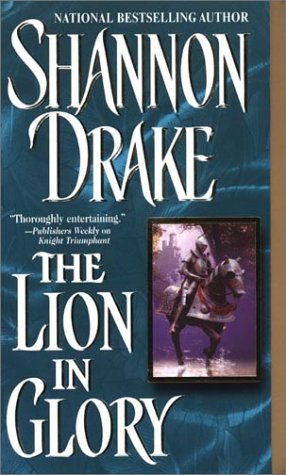 LAST DANCE, LAST CHANCE AND OTHER THE LION IN GLORY

Stuffed full of historical detail and bloody battles, the newest installment in Drake's 14th-century Graham family series (, etc.) pits a resourceful Englishwoman against an overbearing Scottish warrior, but the resulting romance is more likely to irritate than entertain. The novel opens with an overview of Robert the Bruce's rise to power, which was helped along by funds exacted from fearful English families living on the borderlands. Lady Christina of Hamstead Heath is one of those fearful English, and when Bruce's men, led by Sir James Graham, arrive at her manor demanding money, she finds herself without anything to offer them but herself. James reluctantly agrees to take her hostage but soon comes to regret his decision. The two argue constantly. Their prime disagreement concerns Christina's brother, who has been wrongly accused of committing treason against the crown. Christina is determined to save Steven by sacrificing herself to the English lord who is holding him prisoner, but James refuses to let her do so. Rather than discuss the matter rationally, they insult and torment each other and then have sex. To the reader's dismay, this cycle continues ad nauseam. Though the story is rich in history, the protagonists' constant head-butting makes for an exceedingly tedious read.