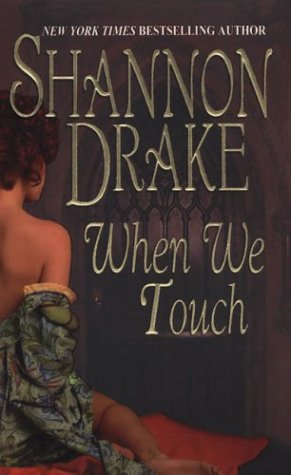 A deft mix of history, romance and suspense, this meaty offering from Drake (aka Heather Graham) explores Victorian London's seedy East End, where pickpockets run rampant, "mesmerists" fleece grieving widows and Jack the Ripper prowls for prostitutes. Lady Maggie Graham swore she would never wed again after her husband was killed just two years into their marriage, but when her brother Justin gambles away the family fortune, she finds herself in a predicament. Should she marry the elderly Viscount Langdon, who's infatuated with her, or let Justin find some doddering old woman with deep pockets, even though such a marriage would mean the family title would pass over to their loathsome Uncle Angus? Maggie chooses Langdon once she learns that he will support her efforts to aid the impoverished. All would seem settled were it not for Langdon's dashing nephew James, who's both attracted to and suspicious of Maggie, and Charles's temperamental daughter Arianna, who ends up setting Maggie in a murderer's path. Maggie can be melodramatic and surprisingly self-centered at times, but charismatic supporting characters like her friend Mireau keep her grounded. Although Drake ( , etc.) only skims the surface of her protagonists' psyches, she manipulates readers masterfully with exciting plot developments and heady love scenes.