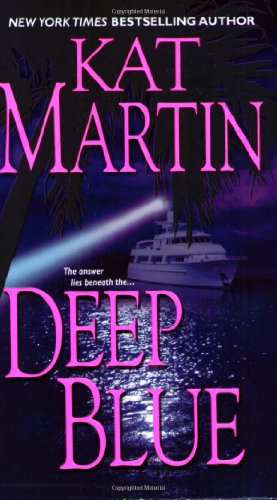 Spicy romance compensates for weak suspense in the third installment of bestseller Martin's Sinclair Sisters series (after and ). In the midst of investigating the condemnation of a city apartment building, Manhattan newspaper reporter Hope Sinclair gets pulled by her editor from that assignment and sent to Pleasure Island, near Jamaica, to chronicle the efforts of a treasure hunting team searching for priceless cargo from a Spanish ship that sank 400 years earlier. Near Pleasure Island, Hope boards the , the ship from which divers are conducting their search. Conner "Conn" Reese, treasure hunter and former Navy SEAL, is the primary player in the expedition. The close quarters of the serve to throw together Hope and Conn, two people jaded from previous disastrous relationships. Sexy romance sizzles between the pair in numerous love scenes. Unfortunately, the plot involving Conn's financial partner, who warns Hope away from continuing her research into the New York apartment house, is both predictable and underdeveloped, and the suspenseful action promised by the back cover copy never gets off the ground.