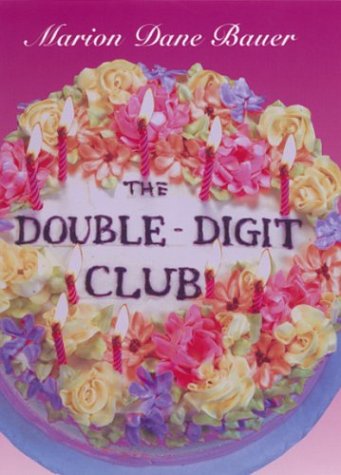 This compassionately wrought coming-of-age story features a bossy but likable heroine whose desperate attempt to win back a friend leads to disaster. Sarah's promising summer, "spread all around like butter melting into warm toast," suddenly turns bitter when her best friend, Paige, betrays her by accepting an invitation to popular Valerie's "Double-Digit Club," wherein girls who have reached their 10th birthday shun those who have not. Sarah, who will remain nine until August, is so determined to lure Paige away from the club that she steals something she knows her friend will covet: an antique doll belonging to Miss Berglund, Sarah's elderly, blind neighbor. Bauer ( ; ) ratchets up the stakes as her flawed heroine sinks deeper into the murky waters of deception, lying to herself as well as Paige and Miss Berglund. The author's honest rendering of growing pains is sometimes discomforting, indicating (as stated by wise "Miss B") that there is "a bit of hate in every kind of love" and suggesting that the rip in the girls' friendship can never be completely mended. Nonetheless, by the end of the novel, readers will detect a positive change in both Paige's and Sarah's attitudes. The once meek Paige is more willing to stand up for herself, and Sarah, realizing that she can sometimes be as controlling as her nemesis Valerie, is humbled and seems capable of growing in new ways. Ages 8-12.