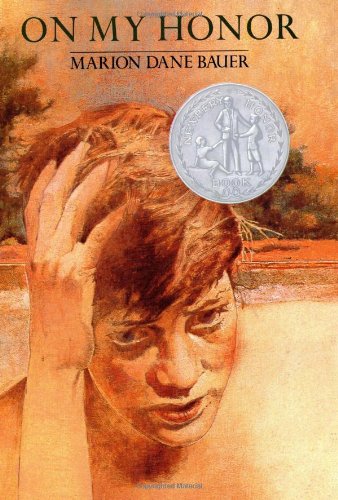 This is a devastating but beautifully written story of a boy's all-consuming guilt over the role he plays in the death of his best friend. Joel and Tony have been together since they were babies. Although Tony's crazy jokes and wildness sometimes make Joel feel as if he were much older, and even make Joel angry, no one is as exciting as Tony. But when Tony suggests they climb the bluffs at Starved Rock, Joel is frightened, knowing how dangerous the bluffs are. He's also afraid of Tony's sharp tongue, though, so he asks his father for permission to ride his bike to Starved Rock, certain that his father will say no. When his father says yes, Joel finds himself riding Tony's old, beat-up bikewhile Tony coasts along on Joel's 10-speedout to the state park. Halfway there the boys cross the Vermillion River, and Tony, who earlier had refused to go swimming at the pool with Joel, decides to swim in the river instead. Angry at Tony's lack of sensethe river is both dangerous and dirty Joel dares Tony to race out to a distant sandbar with him. Then the unthinkable occurs: Joel reaches the sandbar; Tony disappears. The realization slams into Joel with its hideous finality. Tony is dead, and it is all his fault. Joel's efforts to cope with his staggering sense of guilt are handled with stark reality, so that the reader shares his sense of the enormity of life's unfairness. Yet within Joel's first perception of the total uncertainties of life, there is also the steadfastness of his father's love. While there is death, there is also love, and Bauer's honest and gripping novel joins the ranks of such as Katherine Paterson's Bridge to Terabithia in its handling of these issues. (9-12)
close
Details