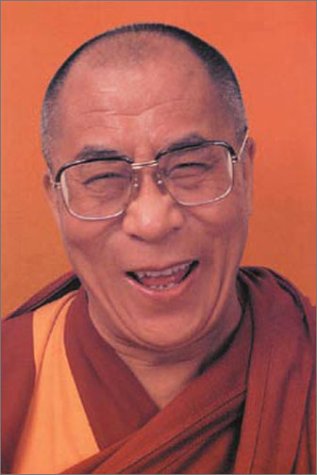 While similar in content and approach to another fall title by the Dalai Lama (Little, Brown's), some things clearly bear repeating. His Holiness begins the book quite generally, reflecting on human interdependence and the need for "compassion without attachment" (i.e., compassion that is genuinely altruistic and not generated by one's own desires). He expounds upon the need for compassion on an individual level, as people learn to control anger and self-centeredness and think of others, and also on a global one, as nations recognize their mutual reliance and need for conflict resolution. He calls for compassion in addressing religious pluralism, noting that a brave new world of interdependence will rely upon compassion as "the universal religion" that undergirds all faiths. From such generalities the Dalai Lama moves toward the specifics of Buddhism, a religion that he notes is grounded in compassion. He offers a brief chapter on the basics of Buddhist beliefs and practices, then another on "The Bodhisattva Way," quoting extensively from the eighth-century Indian master Shantideva's to explain how Buddhism places a high premium on the happiness of others. The book is simple but not simplistic; His Holiness clearly understands the difficulties of practicing the truths he espouses, occasionally criticizing himself as "lazy" or easily irritated. Readers will enjoy this gentle, lucid call to the compassionate life.