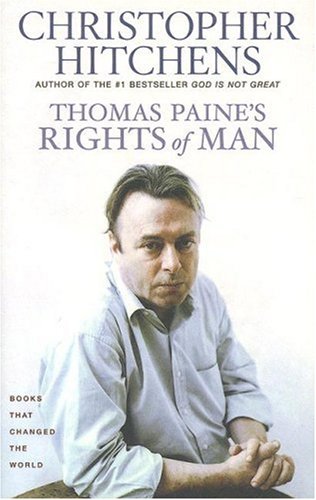 Thomas Paine’s critique of monarchy and introduction of the concept of human rights influenced both the French and the American revolutions, argues contributor and bestselling author Hitchens ( ) in this incisive addition to the Books That Changed the World series. Paine’s ideas even influenced later independence movements among the Irish, Scots and Welsh. In this lucid assessment, Hitchens notes that in addition to s influence on Jefferson and the Declaration of Independence, Paine wrote in unadorned prose that ordinary people could understand. Hitchens reads Paine’s rejection of the ministrations of clergy in his dying moments as an instance of his unyielding commitment to the cause of rights and reason. But Hitchens also takes Paine to task for appealing to an idealized state of nature, a rhetorical move that, Hitchens charges, posits either “a mythical past or an unattainable future” and, Hitchens avers, “disordered the radical tradition thereafter.” Hitchens writes in characteristically energetic prose, and his aversion to religion is in evidence, too. Young Paine found his mother’s Anglican orthodoxy noxious, Hitchens notes: “Freethinking has good reason to be grateful to Mrs Paine.”