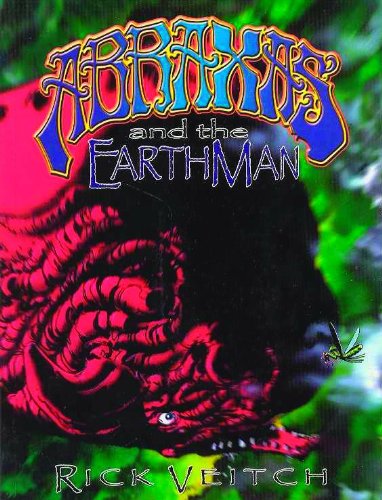 Abraxas and the Earthman

This first collected edition of the seminal graphic novel published in serial form during the early 1980s brings a powerful psychedelic journey into print. Veitch ( ; ) astounds with a heartfelt tale that is equal parts Herman Melville, consciousness expansion, environmental treatise and gripping sci-fi adventure replete with space battles and all manner of exotic extraterrestrials. The story follows cetologist John Isaac, who is shanghaied from a naval research mission, along with the submarine's commanding officer. The pair is thrust into the thick of mad Captain Rotwang's interstellar vendetta against Abraxas, a space-faring crimson leviathan who cost the captain his leg and, arguably, much of his sanity. As both earthmen are put through horrific physical alterations, Isaac discovers to his shock—and dawning fascination—that he may be the nexus between humanity and a great cosmic truth of staggering proportions. A lush and thought-proving narrative is seamlessly expressed through a script that veers between extremes of wide-eyed wonder and outright horror. The febrile illustrations disgust—Isaac loses his skin early on—without losing the essential humanity of this powerful tale.