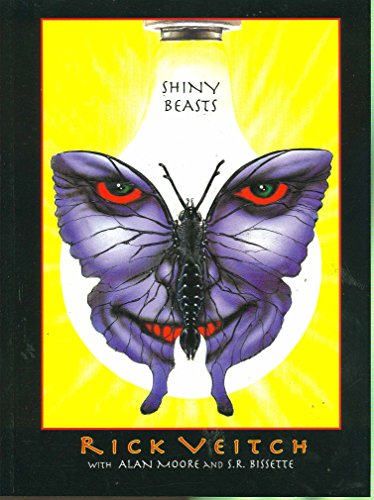 Veitch has led one of the more idiosyncratic careers in comics in the past 30 years. Both small publisher and mainstream writer (most recently of the brilliant war comic, ), Veitch's obsessions and anxieties manifest themselves in multiple formats, though always with a surreal, dark tinge. This new collection compiles his earliest work for anthologies including and , complemented by a fun, discursive little memoir. Here are stories of futuristic humans slaughtering wildlife, of alien disease epidemics and final frontier affairs. Veitch, then as now, has a keen moral conscience, and rarely does a story go by without some kind of lesson to be learned, particularly regarding what he sees as the craven behavior of human beings. These stories are prime examples of late 1970s/early 1980s dark science fiction, and Veitch's artwork is as good as it's ever been. Period-style airbrush-work elevates these tales above their pulp sources to pop psychedelia, as characters and aliens take visionary trips through what appears to be Veitch's own interior spaces. While the material itself may be dated, the presentation is not, and presents a fairly compelling portrait of a young artist.