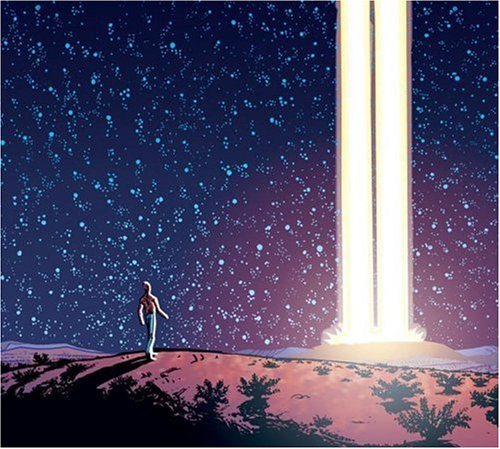 Within this oddly shaped book lies one of the most remarkable achievements in recent comics history. Veitch ( ; ) has given the graphic novel medium what may just be its first long-form poem. The drawings tell the story of corporate drone Chad Roe, who is given a new outlook when a weekend bender leaves him tattooed on every inch of his body. His life is further upended when the World Trade Center, where his office is located, is destroyed. This book's distinct style shines through with the narrative captions that accompany Veitch's remarkable art. They don't contain the main character's inner monologue or a narrator's comments on the actions. Instead they present a satirical yet lyrical commentary on the modern American life Roe was very much a part of, but is suddenly removed from now that he is a walking piece of abstract art. It's a biting evisceration of the comfortable place many Americans convinced themselves they had, a conviction that was challenged on 9/11. The words and pictures move in and out of synch with each other, sometimes exemplifying the power and possibilities of comics. When they seem to be telling two different stories, it goes even further to show how several ideas can be communicated at once. Fortunately, Veitch's ideas are strong enough to justify the treatment.