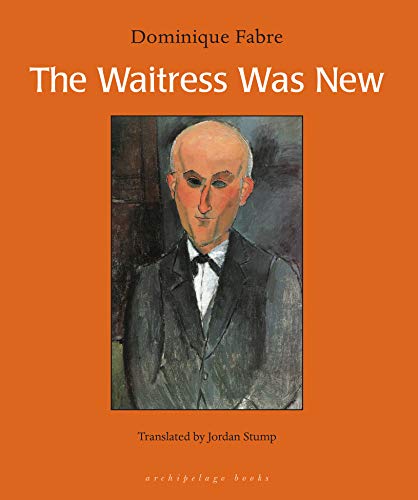 The Waitress Was New

For his U.S. debut, Fabre offers a poignantly funny, slender slice of a French waiter’s life. Pierre, 56 and divorced, has worked at the suburban Parisian cafe Le Cercle for so long that he’s become a fixture. He’s a good listener, too, particularly to the boss’s wife, heartbroken over her husband’s seeming affair with the young head waitress, Sabrina. As a long shift unrolls, the boss and Sabrina are absent from the busy cafe, leaving Senegalese cook Amédée fuming and Pierre and the title’s fill-in waitress scrambling. The next day brings big changes, and loyal, orderly Pierre must suddenly measure out his mortality by the pay stubs he has hoarded over his working life. In Fabre’s patient, deliberative layering, the details of Pierre’s quotidian life assume an affecting solidity and significance. (Feb.)