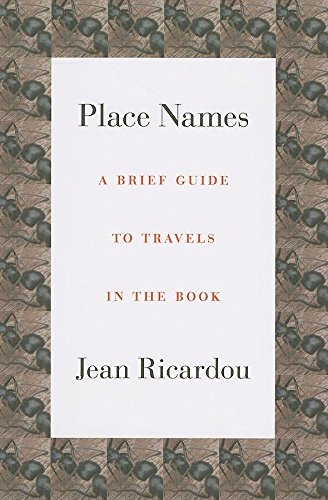 A little bit Borges and a little bit Calvino, French postmodernist Ricardou’s newly translated 1969 novel proves a circuitous trek through a fictive landscape of eight metaphorically named places. Bannière, Beaufort, Belarbre, Belcroix, Cendrier, Chaumont, Hautbois and Monteaux—each gets its own chapter, and each serves as a source from which language springs, along with the whimsically opaque plot. In the medieval village of Bannière stands the 19th-century museum house of the late fictional artist Albert Crucis (“simply the genitive of the Latin , 'cross’ ”), where a young traveler, whose name is not revealed until midbook, begins his visit to the area. He will run into an antiquarian dealer named Epsilon ( , “the spy”) and an elusive woman in a red dress, named Atta, who shares his passion for recondite research into the work of Crucis. The two travelers dig for clues in the artist’s allegorical paintings, which depict the eight places in question. Ricardou is a practitioner of the , and his experimental work frees the narrative from conventional rules and plunges it, delightfully, into quandary, contradiction and travel-literature parody.