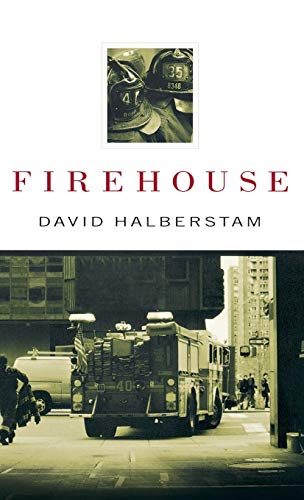 Halberstam's gripping chronicle of a company of Manhattan firemen on September 11 is moving without ever becoming grossly sentimental—an impressive achievement, though readers have come to expect as much from the veteran historian and journalist (author, most recently, of ). Engine 40, Ladder 35, a firehouse near Lincoln Center, sent 13 men to the World Trade Center, 12 of whom died. Through interviews with surviving colleagues and family members, Halberstam pieces together the day's events and offers portraits of the men who perished—from rookie Mike D'Auria, a former chef who liked to read about Native American culture, to Captain Frank Callahan, greatly respected by the men for his dedication and exacting standards, even if he was rather distant and laconic (when someone performed badly at a fire he would call them into his office and simply give him "The Look," a long, excruciating stare: "Nothing needed to be said—the offender was supposed to know exactly how he had transgressed, and he always did"). The book also reveals much about firehouse culture—the staunch code of ethics, the good-natured teasing, the men's loyalty to each other in matters large and small (one widow recalls that when she and her husband were planning home renovations, his colleagues somehow found out and showed up—unasked—to help, finishing the job in record time). Though he doesn't go into much detail about the technical challenges facing the fire department that day, Halberstam does convey the sheer chaos at the site and, above all, the immensity of the loss for fellow firefighters. ()