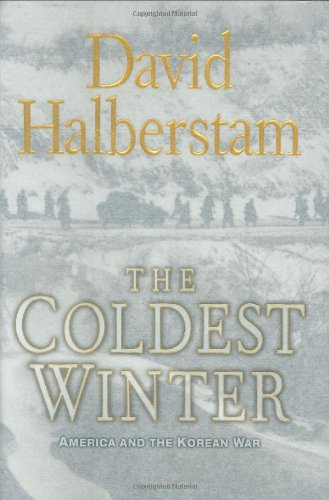 At the heart of David Halberstam's massive and powerful new history of the Korean War is a bloody, losing battle fought in November 1950 in the snow-covered mountains of North Korea by outnumbered American GIs and Marines against the Chinese Communist Army.

Halberstam's villain is not North Korea's Kim Il Sung or China's Chairman Mao or even the Soviet Union's Josef Stalin, who pulled the strings. It's the legendary general Douglas MacArthur, the aging, arrogant, politically ambitious architect of what the author calls “the single greatest American military miscalculation of the war,” MacArthur's decision “to go all the way to the Yalu [River] because he was sure the Chinese would not come in.”

Much of the story is familiar. What distinguishes this version by Halberstam (who died this year in a California auto crash) is his reportorial skill, honed in Vietnam in Pulitzer-winning dispatches to the . His pounding narrative, in which GIs and generals describe their coldest winter, whisks the reader along, even though we know the ending.

Most Korean War scholars agree that MacArthur's sprint to the border of great China with a Siberian winter coming on resulted in a lethal nightmare. Though focused on that mountain battle, Halberstam's book covers the entire war, from the sudden dawn attack by Kim Il Sung's Soviet-backed North Koreans against the U.S.-trained South, on June 25, 1950, to its uneasy truce in 1953. It was a smallish war but a big Cold War story: Harry Truman, Stalin and Mao, Joe McCarthy and Eisenhower, George C. Marshall and Omar Bradley, among others, stride through it. A few quibbles: there were no B-17 bombers destroyed on Wake Island the day after Pearl Harbor, as Halberstam asserts, and Halberstam gives his minor characters too much attention.

At first MacArthur did well, toughing out those early months when the first GIs sent in from cushy billets in occupied Japan were overwhelmed by Kim's rugged little peasant army. MacArthur's greatest gamble led to a marvelous turning point: the invasion at Inchon in September, when he outflanked the stunned Reds.

After Inchon, the general headed north and his luck ran out. His sycophants, intelligence chief Willoughby and field commander Ned Almond, refused to believe battlefield evidence indicating the Chinese Communists had quietly infiltrated North Korea and were lying in wait. The Marines fought their way out as other units disintegrated. In the end, far too late, Truman sacked MacArthur.

Alive with the voices of the men who fought, Halberstam's telling is a virtuoso work of history. ( .)