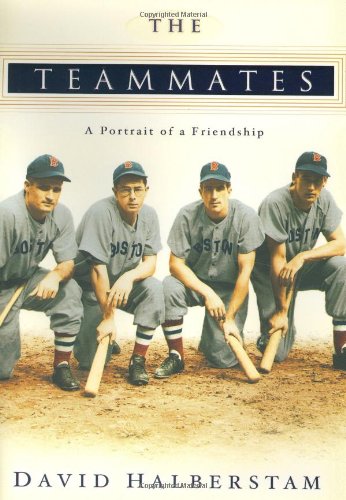 Famed journalist and baseball aficionado Halberstam () presents a short but sweet account of the lives and friendship of four ballplayers from the legendary Boston Red Sox teams of the 1940s: Ted Williams, Dominic DiMaggio, Johnny Pesky and Bobby Doerr. Told in a series of flashbacks as DiMaggio and Pesky drive from Massachusetts to Florida to see an ailing Williams for what was probably their last time, Halberstam's story is less a biography and more a reverie for "men of a certain generation, born right at the end of World War I" who "had seized on baseball as their one chance to get ahead in America." The book tells the various ways each player "shared an era," from their childhoods to their first meetings through their long tenures with the Red Sox. As in his other sports books, Halberstam has a great eye for the telling detail behind an athlete's facade, whether it is Williams's sense of himself as "a scared, unwanted, unloved kid from a miserable home" or Pesky's stoic acceptance of being blamed for the Red Sox's loss in the seventh game of the 1946 World Series, when in fact—as Halberstam clearly shows—it was not Pesky's fault at all. Fans of Halberstam's work will be satisfied by his chapter-long description of that crucial World Series game. But that is merely the more obviously exciting part of a book in which the main pleasures are more quiet glimpses of the four friends, including Doerr's calming influence over the more explosive Williams, DiMaggio's heroic fight against Paget's disease and the friends' final, touching meeting with Williams in Florida.