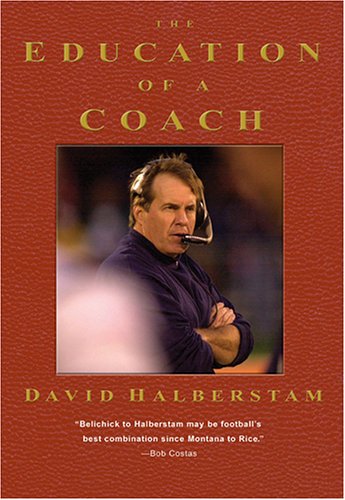 The Education of a Coach

Pulitzer-winning journalist and author Halberstam focuses on Bill Belichick, one of the NFL's most successful coaches, and the game of football as a team sport with rich detail, exacting research and colorful anecdotes. He reveals what fans of the head coach of the New England Patriots have always known: the roots of Belichick's coaching lie in the essential mentoring by his father, an excellent teacher and college coach who taught his son how to scout players and teams, instructing the author on how to study films of players when he was just nine years old. As an assistant coach working with Bill Parcells's New York Giants in the 1980s, Belichick's "football first" credo was born of precision and discipline. He went on to guide the Patriots to win three Super Bowls in four years (2002, 2004 and 2005). Halberstam brings to his seventh sports book an encyclopedic knowledge of football, a firm grasp on the inner workings of effective coaching, an understanding of the systematic roles of the players and a shrewd psychological analysis of Belichick himself as a man and team leader. His book reminds readers that "residence at the top [is] as much a product of good fortune as it [is] of talent, willpower and planning."