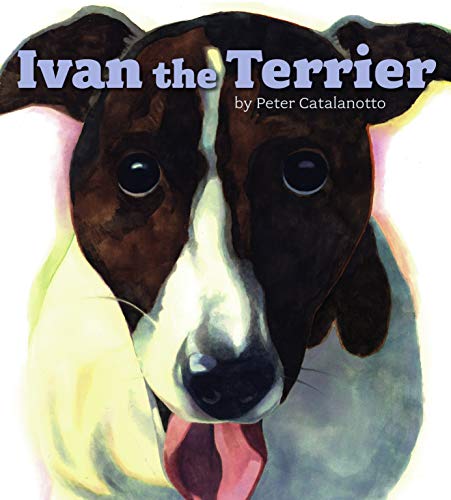 Rambunctious readers will easily identify with Ivan, an energetic terrier who’s sure to tickle their funny bones. With a dearth of words, a plethora of familiar storybook characters and a delicious pun in the title, Catalanotto ( ) tells the story of a rowdy brown and white terrier who enters the action of the book in highly meta-fictional style. “Once upon a time there were three billy goats named Gruff,” the book begins, but at the turn of the page, Ivan appears, barking wildly and frightening the goats. The narrator shouts “Ivan!... You’re ruining the story!” Catalanotto creates no visual distinctions between the fictional characters in the fairy tales and Ivan, but the text makes it clear that the puppy doesn’t belong. The narrator doggedly tries to begin several different classic children’s tales, but after each one-page opening, Ivan disrupts, shouting his only line: “Arf! Arf! Arf!” (He scatters the three pigs’ bricks, sticks and straw, and he eats the gingerbread boy.) It’s not until he stares significantly at the reader/narrator in a humorous close-up that the narrator gives up and begins, “There once was a little dog named Ivan.” To the reader’s surprise, Ivan walks off the page and immediately curls up to sleep. Catalanotto’s watercolors show Ivan chasing off each story’s characters literally into the sunset, and the endearing puppy will make this picture book a read-aloud favorite. Ages 2-5.