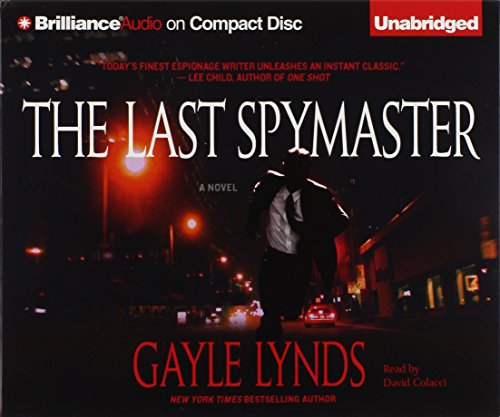 Colacci brings the perfect resonance to his reading of Lynds's latest and best espionage thriller. Jay Tice is a legendary spymaster from the Cold War era, one of the last of the old school CIA operatives. However, his distinguished career ended in disgrace when he was sentenced to life in prison for treason against the U.S. Tice is a model prisoner for years until he escapes. Elaine Cunningham, a CIA agent headed toward the end of her career, is assigned to track him down. Her hunt will take her into the darkest corners of the spy game, where nothing is what it seems and death can come at the hands of a friend as easily as those of an enemy. Colacci offers a capital performance, handling the mounds of expositional narrative and spy technospeak with ease. He's just as adept with his characterizations as he slips effortlessly from one character or accent to another. Colacci and Lynds make an excellent combination for lovers of spooks and spies.