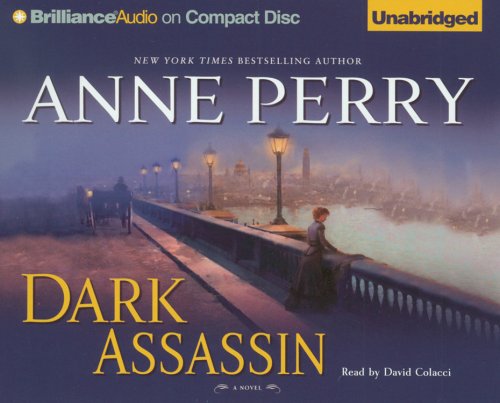 Colacci proves a fine choice as narrator of Perry's latest mystery. In this 15th William Monk adventure, the detective has barely settled into his new position as superintendent of the Thames River Police when he witnesses a young couple fall to their deaths from Waterloo Bridge. Was it suicide, accident or murder? To find the answer, Monk, assisted by his wife, Hester, undertakes an investigation that will take him from the upper realms of London society to the lower depths of the city's poor and homeless, each offering its own particular form of deadly danger. Perry is at her best when she writes about the class distinctions that defined and divided the class-conscious populace of the 19th century, and Colacci syncs perfectly with her as he slips easily from one colloquial accent to another, portraying the wide variety of city dwellers who made up the multitudes occupying London in 1864. Colacci's performance succeeds nicely in bringing the streets and drawing rooms of Monk's Victorian London to life.