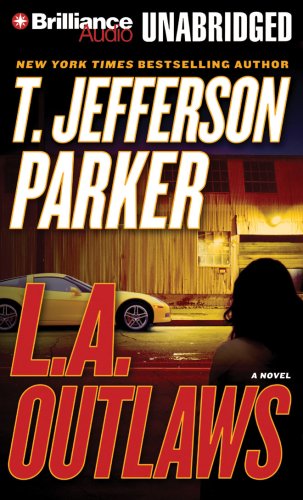 Parker is one of the best crime writer working in Southern California and this audio—his first mystery to be set outside his native Orange County—should win him many new enthusiasts. David Colacci's and Susan Ericksen's strong vocal talents bring his main characters to life with energy and wit. As Suzanne Jones, the sedate history teacher who by night becomes Allison Murietta, a direct descendant of the legendary bandit Joaquin Murietta, Ericksen makes listeners understand what drives this intriguing woman to dangerous acts of thievery and self-promotion. As rookie deputy Charlie Hood, Colacci catches all the edges of his not-so-simple character as he tries to solve a multiple murder and finds himself falling in love with Suzanne. Colacci also does a scary job creating the menacing drug lord who wants back the diamonds Suzanne has stolen. The two narrators and Parker's bristling tale makes a fast-paced and winning combination.