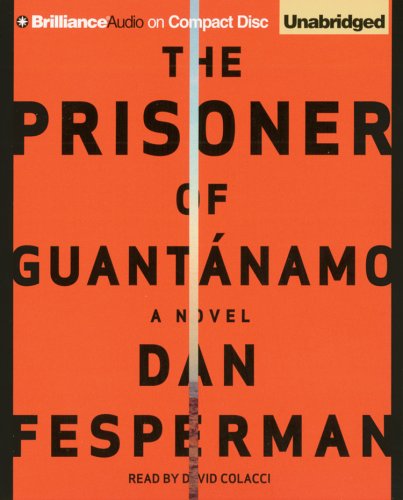 The Prisoner of Guantnamo

Talk about "ripped from today's headlines"—this exciting and moving audio version of a veteran foreign correspondent's incredibly timely thriller still has hot ink and sound bytes emanating from it. Although Fesperman set his book at Guantánamo in 2003 after spending some time there, and presumably finished it months before the current outrage about the former military base now serving as a holding unit for suspected terrorists, it reads and sounds—thanks to a cool, ironic and subtly impassioned performance by Colacci—like an Internet news feed. A very young Yemeni prisoner disappears, other prisoners kill themselves and brutal examiners justify their extreme behavior by scoffing at the Geneva Conventions. Colacci brings a large cast to life, starting with FBI interrogator and Arabic speaker Revere Falk, and manages to make Falk's so-called friends and security colleagues as equivocal as they come without breaking a sweat. Even the Cubans—who play a surprising role in the story—come across as a varied group. The only problem with playing this in a car is listeners might think they've turned on NPR by mistake.