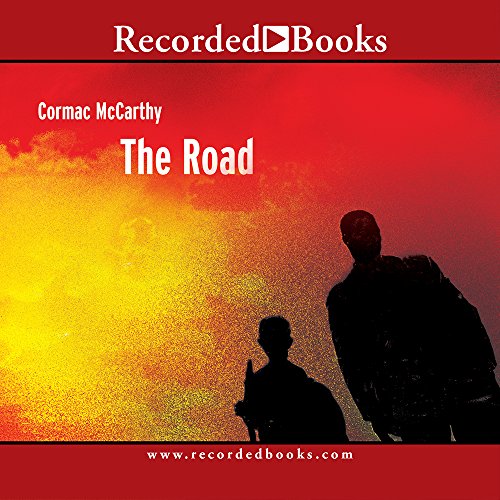 McCarthy's latest novel, a frightening apocalyptic vision, is narrated by a nameless man, one of the few survivors of an unspecified civilization-ending catastrophe. He and his young son are trekking along a treacherous highway, starving and freezing, trying to avoid roving cannibal armies. The tale, and their lives, are saved from teetering over the edge of bleakness thanks to the man's fierce belief that they are "the good guys" who are preserving the light of humanity. In this stark, effective production, Stechschulte gives the father an appropriately harsh, weary voice that sways little from its numbed register except to urge on the weakening boy or soothe his fears after an encounter with barbarians. When they uncover some vestige of the former world, the man recalls its vanished wonder with an aching nostalgia that makes the listener's heart swell. Stechschulte portrays the son with a mournful, slightly breathy tone that emphasizes the child's whininess, making him much less sympathetic than his resourceful father. With no music or effects interrupting Stechschulte's carefully measured pace and gruff, straightforward delivery, McCarthy's darkly poetic prose comes alive in a way that will transfix listeners.