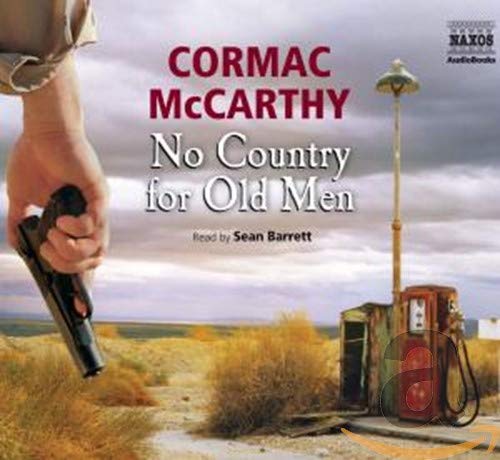 No Country for Old Men

Barrett delivers a standout performance in an artful abridgement that captures the essence of McCarthy's classic. Set along the border between the U.S. and Mexico, the story follows the tragic and bloody adventures of Llewelyn Moss, Sheriff Ed Tom Bell, and the sociopathic killer Anton Chigurh. When Moss makes off with millions of dollars of drug money, his life changes forever as both Bell and Chigurh pursue him, the latter leaving a trail of dead bodies in his wake. Barrett's portrayal of Moss, Bell, and Chigurh are pitch perfect as are his renditions of the secondary characters and of the sheriff's first-person reminiscences interspersed throughout the novel. This audio book is a rare gem and a mandatory listening for McCarthy fans.