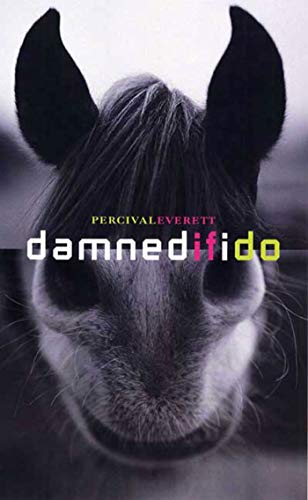 DAMNED IF I DO

Novelist and satirist Everett ( ; ) gives his own particular spin to tales of fly-fishing and the American South and West in his second short story collection. In "Alluvial Deposits," a hydrologist encounters a Colorado woman who refuses to give him permission to inspect an aquifer on her land. After she tells him off, "she slam[s] the door and manage[s] to squeeze the word through the last, skinniest gap." Racial conflict filters into most of the 12 stories, which are told with a raw simplicity that stands in bracing contrast to forays into the surreal. In "Epigenesis," a fly-fisherman catches a three-and-a-half-foot-long talking trout, which gives him advice that helps save his marriage. As he has in previous works, Everett strives to demythologize the American South. In one of the strongest stories, "The Appropriation of Cultures," a young, Ivy league–educated black guitarist living in South Carolina buys a pick-up truck with a Confederate flag sticker on it. As he drives the truck around town, he's threatened by hostile white Southerners, but manages to start a revolution of sorts as an increasing number of black Southerners co-opt the flag and fly it as their own. Clever and thought— provoking, this is a memorable collection.