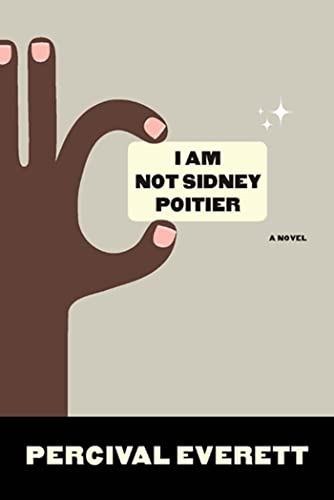 I Am Not Sidney Poitier

Driven by the most sidesplitting dialogue this side of , Everett's latest tells the story of a young man named Not Sidney Poitier who bears an uncanny resemblance to the famed actor and is adept at deploying a hypnotic technique called Fesmerism. When Not Sidney is young, his mother dies, but not before becoming an early investor in Ted Turner's enterprises. The boy then moves to Atlanta, into the home of Ted Turner. Despite his vast wealth and celebrity looks, when Not Sidney ventures out into the world as a young adult, he faces bizarre, stinging and potentially deadly forms of racism. While Not Sidney comes across as a likable and thoughtful soul, he's the perfect foil for the fictionalized Turner's stream-of-consciousness non sequiturs (“I've never been struck by lightning. You?”) as well as the logical absurdities that pepper the speech of his university professor who happens to be named Percival Everett. Not only is the novel smart and without a trace of pretentiousness, it shows Everett as a novelist at the height of his narrative and satirical powers.