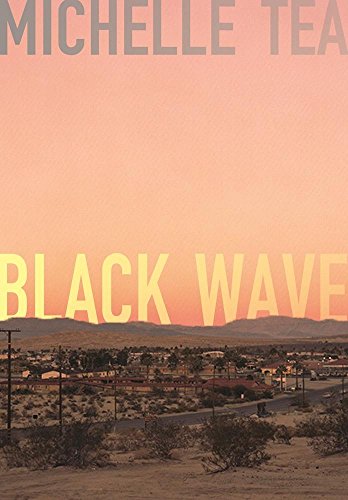 In the first half of Tea’s (Valencia) autobiographical latest, set in San Francisco’s Mission District in 1999, sex and drugs are the primary occupations of the protagonist, also named Michelle. As Michelle gets drunk one evening, like most evenings, she watches the sunset from the doorway of the bar: “The hue of the sky was the visual equivalent of the alcohol settling into her body—dusky blue shot with gold and darkening to navy.” In Tea’s skillfully loose, lusty prose, Michelle is both vulnerable and brash, blitzing through lovers and bags of heroin, terrified but also convinced of her own invincibility. This tension emphasizes the reckless force of youth as well as the waning freedom of life before cell phones and the full-blown Internet, making this book an important portrait of the late ’90s. The second half of the novel, however, in which Michelle moves to L.A., morphs messily into a metacognitive excavation of what it means to write, rewrite, and revise one’s own story into art. This section of the book, which also plays with chronology, the approaching apocalypse, and the fabrication or conflation of characters, is less successful, in part because it ultimately feels less honest. The one exception, however, is the appearance of Matt Dillon in the used bookstore where Michelle works, a perfect, hilarious celebrity interaction subplot, anchoring Tea back down to the awkward dialogue and fierce desire she does so well. (Sept.)
close
Details