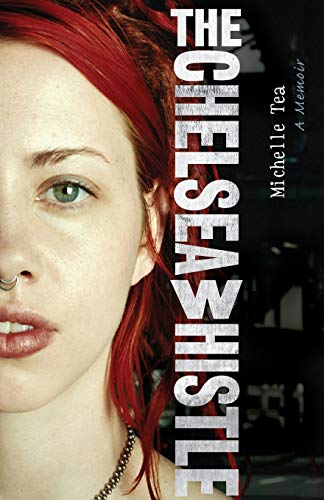 "Childhood is morbid," declares Tea, author of the Lambda Award–winning , in this gritty girlhood memoir. As a kid, she perfected the art of playing dead. In her teens, she was deep into Goth-black lipstick and lace, her hearse-driving boyfriend and other grim reaperesque fashions. In lush detail, she describes growing up on the other side of the tracks in the Boston suburb of Chelsea. Her alcoholic father abandoned the family, and her mother was overworked. Tea longed to possess cool clothes, experimented with drinking and drugs, had sex with boys and then with girls. Recounting these bits leads to an obsession with proving that her stepfather had bored holes in the house's bathroom and bedroom doors so he could spy on Tea and her sister when they were growing up. However, his confession isn't exactly gratifying; Tea wishes he had actually "grabbed" her, wishing for the "indisputable trespass of a hand," which would have made her the unarguable victim of sexual abuse. Tea finally walks out of her mother's house for good, proclaiming herself not a woman but "some new girl, an orphan." The writing is well-honed (e.g., Tea describes her father extracting lobster meat as "pulling fingers from a glove"), and the image of the "Chelsea whistle" is poignant ("the boys it meant to call were the boys I would need to be saved from"). However, the book's starts and stops, coupled with a disappointing ending make her account ultimately unsatisfying.