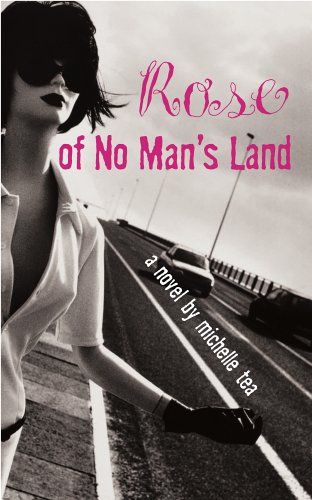 Rose of No Man's Land

Tea follows up her Lambda Award–winning San Francisco prostitution memoir, (2000), her sporadically transcendent collected poems, (2003), and last year's graphic novel, (now in development for TV), with this inspired queer bildungsroman. In Trisha Driscoll, Tea has developed an unreliable narrator who stands on her own. Trisha is a doughy, alcoholic 10th-grade denizen of Mogsfield, Mass., a fictional white trash nowhere. Her father is long gone; her mother, owing to psychosomatic back problems, does not leave the couch; her mother's boyfriend, Donnie, enters the kitchen only to make ramen; her younger sister, Kristy, is obsessed with launching herself onto reality TV and constantly films the family dysfunctioning around her. The first half of the novel establishes Trisha's grim bedroom-to-mall despair. In the second, a new friend, Rose, a fry cook who looks 12—appears, and the two go on a crystal meth–fueled adventure with blissful highs and crashing lows. Tea is brilliant in making the stakes for Trisha abundantly clear as she discovers sex (and, concurrently, her sexuality), drugs and the emotional gains and losses attendant to each. Add in minor characters like the never-seen but oft-discussed Kim Porciatti and various dumb guys in cars, and you have a postmillennial, class-adjusted .