Michelle Tea's Against Memoir: Complaints, Confessions & Criticism takes readers on a raucous tour through American counterculture, instructing readers in what it means, and has meant, to be a queer feminist in the United States. The collection features essays about a gang of punk rock lesbians­ (many of whom would transition to male later in life) who roamed in packs in San Francisco’s Mission neighborhood in the 1990s; another weaves Tea's teenage angst, alcoholism, and an encounter with Joey Ramone together into an essay about the summer she was 16 and obsessed with fitting into the goth scene. Tea picks 10 books about contemporary queer life in America.

There is, of course, no definitive queer world, but thousands of gaggles and gatherings, gangs and groupings. Drawn together by shared experience, a common sensibility, a politic and even style, queerness is so fractured and multi-faceted that no thing can be presumed held in common by any two queers, even the appropriateness of the word "queer’" itself.

As is the "community," so goes the "canon." While ever more works are needed to begin to limn the edges of queer experience, by 2018 we’ve got a lot–certainly more that reflect my own life and history than I’d imagined we have when I first set out at age 23 to tell my own queer truths, buoyed by writers like Eileen Myles and Dorothy Allison, Sapphire and Jewel Gomez. A quick trip to my bookshelves results in a teetering stack of work that reflect aspects of my own queer, punk experience back at me, while also taking me deeper into adjacent territories. We lost the prolific, punk poet Justin Chin in 2015, to complications of HIV+ status. Justin wrote copiously about living with AIDs, as well as family, love and heartbreak, poverty, illegal drugs and transgressive sex, immigration and ethnicity. If this sounds dour, prepare to have your mind blown by the humor packed into every piece, shoulder to shoulder with real angst and political outrage. Justin Chin was a Queen, and his shrewd humor is a defining characteristic of his singular voice. Any of his works is a great place to start but I’m selecting Harmless Medicine for its nine-part "Imagining America," which calls out to Ginsberg’s "America"–I create my culture everyday. / I write a bible of diaspora. / I piss in the embrace of men. / I bruise the broken speech. Nicole J. Georges’s more recent graphic novel, Fetch, just picked up a couple of prizes from the Oregon Book Awards, but it’s the beloved ‘zinester’s first full-length work that really captures what it’s like to be a queer, femme artist--creating a life from the ground up, falling in love and healing from betrayal, making a home, nurturing friendships that fill the space left by an estranged, homophobic family. It’s the dysfunctions of the heterosexual family that stokes the engine of this gripping story, by turns wrenching and sweet, a testimony to queer grit, humor, and chutzpah in the face of cultures, both intimate and wide, that discard us. To see Lenelle Moise perform her poems, as I had the good luck to do on a nightly basis when she traveled with my performance tour Sister Spit, is to witness an artist’s connection to something mysterious and divine; her rhythm and movement, language and presence combined to give me chills, whether she was giving voice to survivors of unspeakable violence or praising the pelvic thrust and sweet coos of Michael Jackson. All of this comes through in her poetry, as well–pop culture concerns mixed with political fury; personal narrative that illuminates the experience of one queer, Black, female, born to immigrants, enlightened and enlightening. 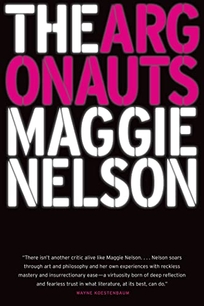 4. The Argonauts by Maggie Nelson

This breakout work by Maggie Nelson, author of the book-length poem Jane, the harrowing true-crime memoir The Red Parts, the poetry collection Bluets, and the unflinching The Art of Cruelty, blew my mind and has inspired a legion of younger, female writers, queer and queer-ish, to emulate her iconic blend of frank personal narrative, heady theory, and lively cultural criticism. The Argonauts tracks her family-making with trans artist Harry Dodge, noting the joys and annoyances that come from motherhood and the larger culture’s irksome tendency to both cast queers out as well as criticize their embrace of universal human pleasures as succumbing to heteronormativity. 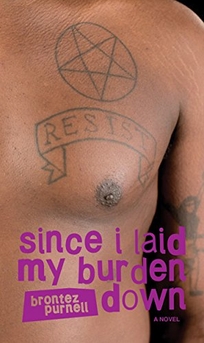 5. Since I Laid My Burden Down by Brontez Purnell

Recent Whiting Award-winning Brontez Purnell has a couple earlier books–the scandalous and true Johnny Would You Love Me and the even more scandalous and true The Cruising Diaries. Both are classics in my personal canon, but it is Since I Laid My Burden Down that really nailed the author’s status as a crucial contemporary queer author in my book. Never toning down his delightful ability to shock and provoke, this novel takes these essential elements of its creator’s voice and adds to them a slowness, a quiet, a maturity that adds a deepening contrast to this story of reckoning with one’s past. 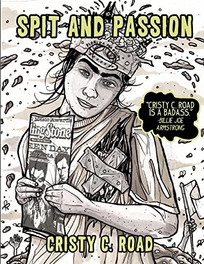 Cristy C. Road’s most recent project is seriously worth mentioning–The Next World Tarot is a 78-card tarot deck set in a post-apocalyptic world in which queer and trans people of color inhabit in a gorgeous variety of bodies, reclaiming the landscape and repopulating it with joy and abundance. As for books, her graphic novel Spit and Passion documents a young Cuban-American girl’s attempt to make sense of her identity in the Miami, Fla., punk scene. It’s endearing and inspiring, the artwork leaping off the page and grabbing you by the collar. 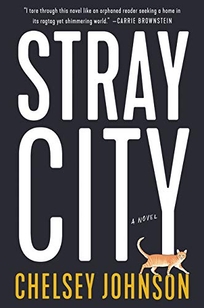 A cheeky novel about a queer girl’s secret dalliance with a cisgendered straight guy and the family that results, Chelsey Johnson’s debut novel is chock full of lived details of what it meant to be a queer girl in Portland, Ore., in the 1990s–many of which remain true today. A love letter to queer community that does not shy away from calling out scenes on their tendencies to be small-minded and clannish, this book sparkles, and innovates the form, flipping perspective towards the end of the book and using postcards, lists, and other ephemera to further the story. 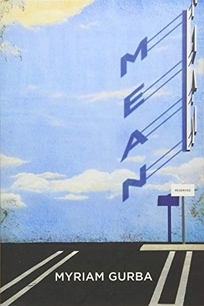 Queer author Myriam Gurba’s first novella, Dahlia Season, details Los Angeles, Latina, Goth queerness, and had some short stories--including a great one with a trans male narrator--tacked onto the end. Her next work, Painting Their Portraits in Winter, is gorgeous and spooky, a family ghost story. Gurba’s zines and chapbooks, of which they are a few, get into more transgressive territory, giving voice to the shocking and scandalous and true while having more than a little fun getting punny with language. With her latest work, Gurba throws her past styles and concerns into a blast furnace and casts Mean, a pair of brass knuckles disguised as a book, a personal narrative that takes on sexual assault and its aftermath, rape culture, racism, queerness, family, and coming of age, laced through with a cool knowing and cooler humor, a literary voice like none other. These deadpan, intimate pieces, though detailing a New York City queer scene that preceded me, felt like home when I discovered them in the '90s. After bringing Eileen Myles on Sister Spit’s maiden 1997 voyage, she later wrote in the Village Voice that she had finally found her generation, we, these raggedy, punk-informed queer 20-somethings. Age might be nothing but a number, but queer age is especially ephemeral and meaningless. These timeless stories are tattooed upon my psyche, discreet vignettes that add up to a portrait of a working-class New England dyke who finds herself–and women, and alcohol, and literature–upon moving to the East Village in the 1980s. Iconic. A smart-aleck, wise-cracking, bike-riding New York City bookstore employee, queer and trans, punk and political, is about to learn that her girlfriend betrayed her, upending her life. Nevada offers up a literary heroine who is hyper-smart with intelligent humor and a penchant for adventure that takes her to Nevada, where she strikes up a friendship with a younger trans woman on the verge of coming out. Throughout, Imogen Binnie’s careening prose is like pure dopamine as she lets us ride along on her narrator’s intellectual tangents and dark cackles. This book is brilliant, a sort of marker for what all books should be–wild, loose, marked by authenticity and hilarity and smarts.