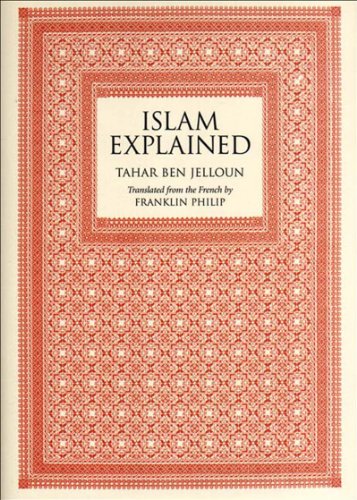 From the author of comes this slender but ambitious treatise designed to make sense of Islam to young Western readers in the wake of September 11. Jelloun organized his book in a simple question-and-answer format, imagining the questions to come from his own children. The format and largely simple language makes it a quick read and easily digestible. Jelloun tells the tale of Muhammad and the origins of Islam, then dwells largely on Islam's Golden Age by emphasizing its openness to the knowledge of other cultures and by enumerating some of its own contributions to world science and philosophy. Jelloun tries not to whitewash Islamic history by mentioning the violent wars that characterized its expansion, but in doing so he raises more questions than he answers. He explains terrorists as "bad men" who are "not real Muslims." He also defines a range of terms from "humility" and "decadence" to "martyr" and "jihad," but often uses fairly sophisticated vocabulary in his explanations (which could be a translation issue from the original French: Jelloun is a Moroccan-born Muslim transplanted to France). For this reason, the book would work better for adult readers looking for simple ways to answer their children's questions. Although billed as being of interest to the general reader, it will certainly be frustrating to those who want more than a superficial overview of Islam. This book only whets the appetite.