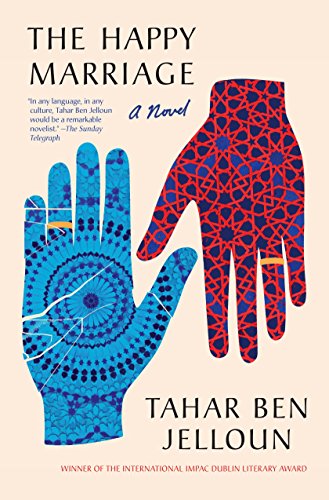 The least harmonious of unions yields up two dueling halves in Ben Jelloun's fascinating novel about a marriage that's all plot, scheme, and disenchantment. In the first part, a Moroccan painter in his 50s, recovering from a stroke in Casablanca in 2000, reflects on his tempestuous 14-year marriage to Amina, who unlike her urbane, Fez-born husband, hails from a poor, rural tribe in the village of Khamsa. The two wed in France, where the painter moved in his youth to study; 14 years Amina's senior, he is a success by the time they meet, and their first years together in Paris are blissful, though their families disapprove. But disagreements, when they come, are ruinous; Amina is enraged by her husband's many affairs, and when the couple returns to Morocco in 1995, she acquires a circle of friends the painter finds abhorrent. "[S]he... reserved the best of herself for others," he thinks, "while keeping the worst" for him. Amina's version of the story, following her husband's, doesn't discount her anger, but justifies it: the painter, she writes, "wasn't generous," so her pilfering of his accounts was only to keep their children fed. She "went out of [her] way to upset him," Amina writes, but only because of the hurt he had always inflicted on her. Readers will be drawn as deeply as the warring spouses into this disastrous alliance; each memorable and vivid narrative corroborates and condemns the other. (Jan.)
close
Details