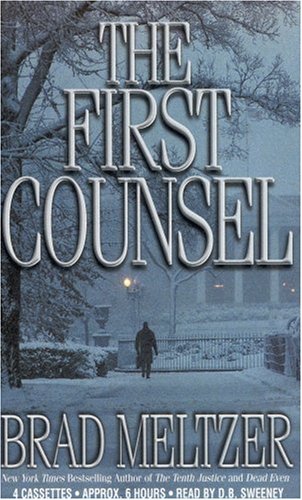 A man faces a lot of pressure when dating the first daughter of the U.S., especially if she is sexy, rebellious and maybe a little bit crazy like Nora Hartson. But young White House lawyer Michael Garrick thinks he is up to the task. Their first date begins with a wild car chase to shake off Nora's ever-present Secret Service tail and ends when Nora and Michael see something they were never meant to see—something that will put Michael's career, and his life, in danger. As witnesses to an ever-widening conspiracy, Michael and Nora find themselves tangled in a web of intrigue and under suspicion for murder. As the pressure increases, Nora makes herself scarce; when she does surface, she seems even more vulnerable and crazed, leaving Michael to decide if she is, in fact, part of the conspiracy or, like him, a victim of it. As he tries to make sense of the trap surrounding him, he finds himself not knowing whom, if anyone, to trust. Sweeney's reading is the perfect match for Meltzer's fast-paced and witty writing. With a raspy voice reminiscent of a young Martin Sheen, Sweeney brings to life Michael's anxious cockiness in a palpable manner.