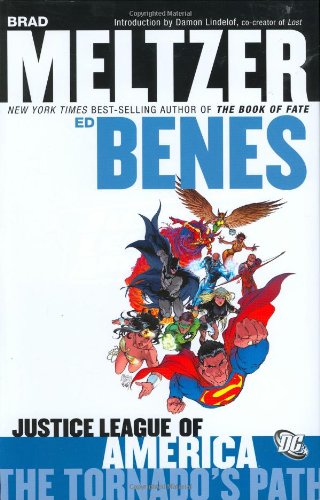 Proving that there are some wells that never run dry, DC presents another take on the institution known as the Justice League of America. Scripted with a high emphasis on character development by novelist Meltzer ( ), the story has the feeling of a fresh start, even if its climax falls somewhat flat. It starts as Batman, Superman and Wonder Woman are bickering over who should join the JLA, with some hurt feelings to follow. The main arc is an affecting one, following the efforts of the Red Tornado—who's starting to get annoyed with having died so many times—to get back into his android body, or failing that, a mortal one so that he can be reunited with his beloved Kathy and adopted son. This ties in with scattered skirmishes between a JLA squad and a mob of evil Tornado clones. The series starts off stiffly, piling in a lot of exposition between cutting back to the JLA leaders' membership quarrels and crowding the story with a league of minor characters It's best seen as a competent new kickoff for the series rather than a stand-alone graphic novel.