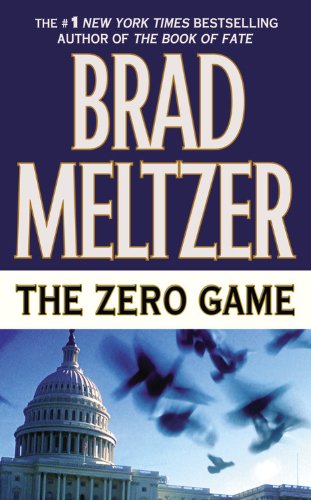 After just a few chapters, Meltzer's latest (after ) completely throws the listener for a loop when the main character and narrator, Capitol Hill staffer Matthew Mercer, is murdered. Harris Sandler, his best friend and fellow senior staffer, picks up the narrator's reins as he launches into an investigation of his friend's death. The two had been involved in a secret and, until now, harmless game of placing wagers on congressional votes, but Matthew's murder reveals a conspiracy so entrenched in Sandler's world that the only person he can trust is Viv Parker, a young page that he has just met. Pursued by a professional killer almost as relentless as the Terminator, the two race to stop a plot that literally threatens the planet. In an interview with Crackerbarrel.com, veteran audiobook reader Brick states that Meltzer concocted the radical change in narrative voice just "because he couldn't wait to hear how different I would make the two characters sound." Brick does not disappoint. His acumen for subtle nuance and his obvious comfort with the demands of Meltzer's pace allows this Shakespearean actor to provide the listener with the highest level of audio suspense and entertainment.