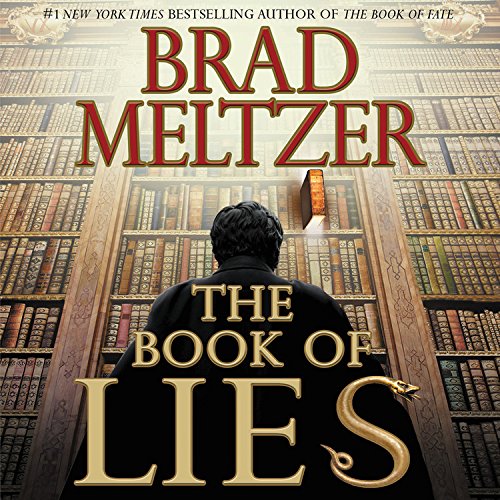 The Book of Lies

When a homeless man with a gunshot wound is revealed to be Calvin Harper’s long-lost father, Cal must scramble his resources while dealing with a watershed of emotions. Father and son are drawn into a mystery involving the recovery of the supposed murder weapon Cain used in the Bible. Hints eventually lead them to seek out the remnants of Superman creator Jerry Siegel and solve the mystery behind the death of Siegel’s father. Meltzer executes another spellbinding tale that continually keeps readers guessing, along with a good mix of biblical and comic book lore. Scott Brick works the diverse range of character voices well and remains masterful at drawing out the text. His pauses, hesitations and voice breaks provide an added level of suspense. The musical interludes at stressful parts of the story or chapters endings are superfluous given Brick’s performance. Nearly a dozen illustrations relevant to the story line are provided as bonus material on the last CD.