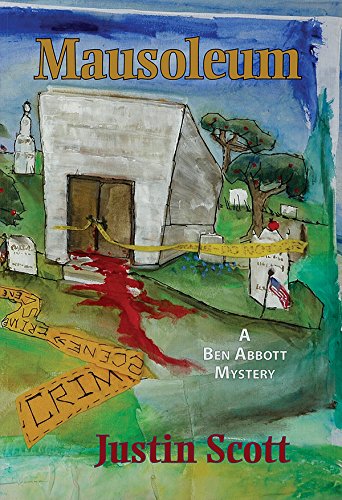 The well-crafted fifth Ben Abbott whodunit (after 2006's ) opens on the beautiful summer's day that graces the tercentennial celebration in Newbury, Conn. As members of the town don period costumes to portray people of the past while village residents tour the serene cemetery, recorded classical music suddenly blasts from the large, ostentatious mausoleum nicknamed the “McTomb,” recently erected by real estate developer Brian Grose. When the tomb is opened, its murdered owner is found inside. The Newbury Cemetery Association wastes no time in bringing in Ben Abbott, real estate agent, private detective and ex-con, to solve the case. When an Ecuadorian immigrant unexpectedly becomes the prime suspect, Ben seeks to exonerate him while investigating the many other people who despised Grose and wanted him dead. The intriguing mystery features a cast of fascinating characters and an honest look at the effects of modern ideas and design on a steadfast New England town.