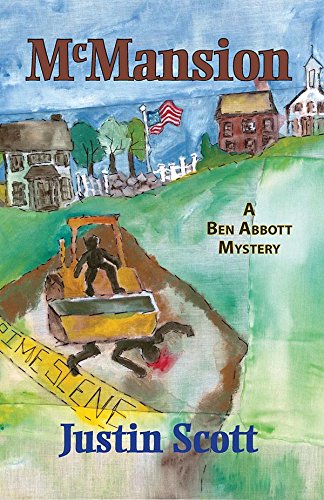 Scott's satisfying fourth installment of his Ben Abbott series (after 2003's ) hinges on the murder of Billy Tiller, a greedy developer determined to ruin the smalltown charm of Newbury, Conn., with a string of tacky starter palaces. When he's found dead—run over by a bulldozer—the police arrest a young environmental activist, Jeff Kimball. Ira Levy, Kimball's lawyer, asks Abbott, realtor-cum-PI, to dig around. Abbott doesn't want to take the case—he despised everything Tiller stood for and worries that his loathing might hamper his investigation—but Levy twists his arm. Abbott determines pretty speedily that Kimball couldn't have committed the crime, but figuring out who did is a tad trickier. Though the reader never gets to know Abbott very well, this novel will resonate with those in the countless communities that are beset by real estate monstrosities.