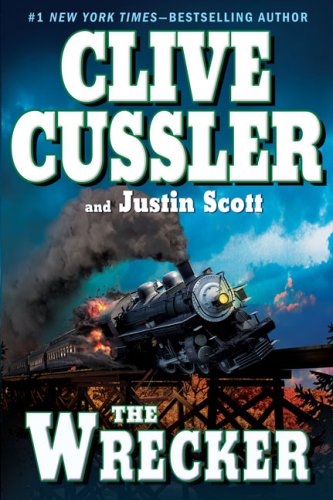 Set in 1907, the rousing second thriller to feature detective Isaac Bell (after ) from bestseller Cussler and Scott pits Bell against “the Wrecker,” who's been destroying trains and railroad facilities around the country for no apparent reason. These horrific incidents are wreaking havoc on the plans of Osgood Hennessy, the Southern Pacific Railroad's president, who's constructing the massive Cascade Canyon Bridge in Oregon. If the project isn't completed by winter, Hennessy's bankers will withdraw financing and his company will be destroyed. As in the first book, the purposefully stilted writing style takes a little getting used to, but there's plenty of excitement to be had in a world where massive, fire-breathing trains fly along at speeds of up to 120 mph. While the Wrecker's identity is revealed early on and there's never any doubt that Isaac will get his man, readers will find many thrills and much diabolical cleverness along the way.