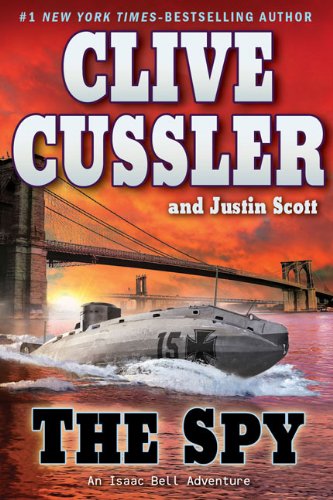 Set in 1908, bestseller Cussler and Scott's action-packed third adventure featuring Isaac Bell, head operative of the Van Dorn Detective Agency, leaves behind the railroad theme of the first two books ( and ), focusing instead on the espionage-riddled world of warship and armament manufacturing in the buildup to WWI. Someone is murdering the leading lights of America's naval research and development. When the indefatigable Bell looks into the supposed suicide of chief gun designer Arthur Langner, he uncovers a succession of possible international suspects, all of whom are attempting to disrupt America's development of a fleet of dreadnought battleships. Bell clashes with old enemies and new until the climactic battle, where he must stop a massive submarine attempting to sink the navy's newest battleship. The expanded area of interest will attract new readers to this exciting series in the Cussler franchise.