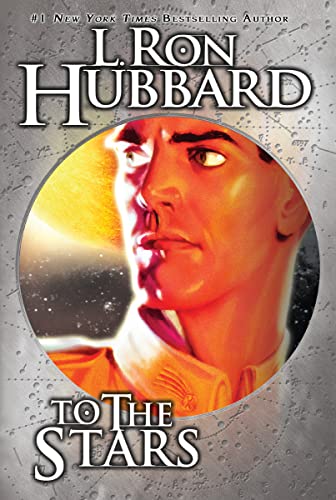 Hubbard (1911–1986) was one of the great pulp writers, and this brief SF novel, initially published in two parts in 1950 by John W. Campbell in , is one of his finest works. In it, Hubbard embraces one of SF's deepest goals, to explore the emotional consequences of technological advance, by imagining the effect upon star-faring humans of the "basic equation of mass and time.... AS MASS APPROACHES INFINITY, TIME APPROACHES ZERO." That is, as those who travel to distant stars at near light speed experience, say, the passing of a year, those left behind will experience the passing of decades, centuries. And so young nobleman Alan Corday responds in horror when, on Earth, he's kidnapped to the interstellar trader by order of its notorious Captain Jocelyn, who needs a new officer. Alan resists joining starship society, but when he returns home from several adventures in hopes of rejoining his fiancée, he finds her an ancient amnesiac and himself a man out of time, with no real home but that of the cursed starship. In heated prose ("The quivering hurled herself on course, blazing bow to bridge with particle flame..."), Hubbard brilliantly evokes the vastness of space and the tragedy of those who would conquer it. The novel's turning point—Alan's reckoning with time's implacability—is narrated suspensefully, but comes as no surprise; what does impress immensely is Hubbard's handling of the bitter consequences of Alan's realization, as well as his believable detailing of starship society. Readers used to today's bloated SF tomes will appreciate Hubbard's ability to pack an epic into relatively few pages—this is indeed golden SF from the Golden Age.