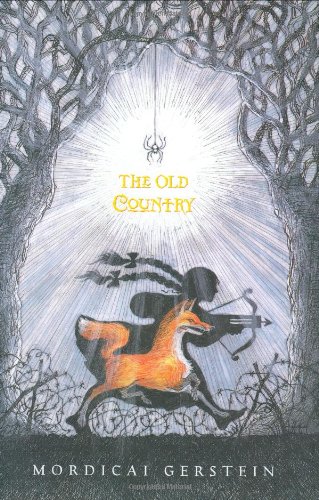 Gerstein ( ) skillfully shapes a story by turns disturbing and comforting. His hybrid of fantasy and fable explores such themes as human nature, war, magic and music. The tale within a tale opens as Gisella visits her great granddaughter, gives her a present and shares a story of her childhood in the Old Country, where, she says, "I was a little girl and where I was a fox." Gisella builds on this note of intrigue, as she describes her wise great-aunt warning her that in the woods "things may not be what they seem. Things change; now it's this, then it's that. Look closely, be careful, and never look too long into the eyes of a fox." Indeed, danger befalls the young Gisella when her brother is drafted into the army, and it's up to her to kill the fox who's been stealing the family's chickens. Deep in the woods, strange things occur—talking animals and "small people." The girl finds herself gazing intently into the fox's eyes, and the two mysteriously exchange bodies. Meanwhile, war breaks out ("Air that had been full of springtime now had a new odor, bitter and jagged. It was the smell of pain, and it was everywhere"), sending Gisella on a labyrinthine journey with a forest sprite as her guide. Gerstein brilliantly ties the war's escalation with the dwindling of magic, and caps off this vividly descriptive narrative with an unexpected ending. Ages 11-14.