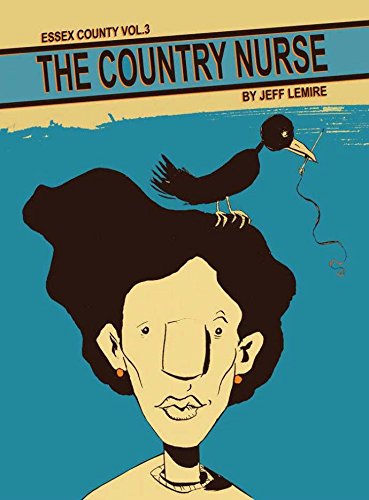 The plot to the concluding volume of Lemire's trilogy of graphic novels about the residents of a quiet Canadian farming region is as low-key as they come: a nurse makes her rounds of her patients and learns that one of them has died; a few characters' secrets are revealed; and we see flashbacks to the 1917 tragedy whose consequences still hover over the community like the black crow that always seems to be flying overhead. Even more than the first two, this volume is about quietness and regret—more pages include silent panels than don't, and a crude superhero comic that an 11-year-old character draws is bluntly about his longing for familial connection. Things unspoken between family members, in fact, count for so much here that Lemire clarifies his plot by devoting a page to a family tree near the end of the book. But the power of Lemire's hushed, deliberately paced storytelling is in his black-and-white linework: raw, scratchy and sometimes minimalist, it conveys a lot with a handful of ragged lines. On one bravura page, a nun and a group of terrified children wade through a snowstorm into the distance; by its final panel, all we can see is a few tiny scribbles.