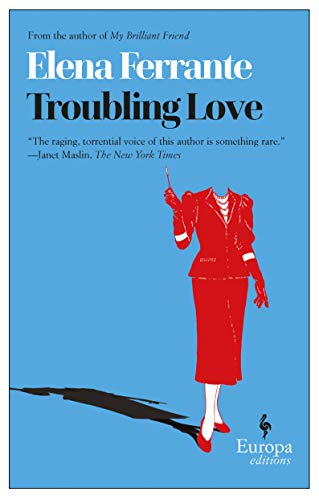 The pseudonymous Italian author of returns with a daughter's attempt to unlock the mystery of her mother's death by drowning following years of domestic abuse. Days before her body washed ashore near her hometown of Naples, Amalia called her oldest daughter, Delia, now 45, with shocking news that she was with a man—not her estranged husband, a two-bit painter—then hung up, laughing. After the funeral (Amalia's husband doesn't show), Delia goes in search of the story behind the expensive new brassiere Amalia was found wearing at her death, incongruous for a poor seamstress who deliberately downplayed her good looks to avoid arousing her husband's savage jealousy. Caserta, a man who acted as Delia's father's agent as well as rival for Amalia's attention, plays a role here—and in Delia's past. In tactile, beautifully restrained prose, Ferrante makes the domestic violence that tore the household apart evident, including the child Delia's attempts to guard her mother from the beatings of her father. By the time of the denouement, Ferrante has forcefully delineated how the complicity in violence against women perpetuates a brutal cycle of repetition and silence.