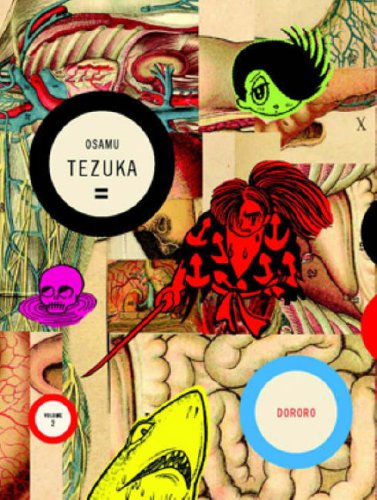 The late master manga storyteller Tezuka ( ; ) returns with the next volume of his 1967–1968 horror/samurai epic, and the dire doings escalate to horrifying levels as young swordsman Hyakkimaru continues his quest to reclaim his stolen body parts from a gaggle of demons, accompanied by the self-described “world's greatest thief,” the diminutive Dororo. This time their wanderings bring them into carnage-laden conflict with fearful villagers, carnivorous fox spirits, opposing actions in a border war, a face-stealing evil Buddha statue, unrestful child ghosts and a nobleman whose loving marriage to a moth demon brings about shocking tragedy. Along this journey of despair, vengeance and the darkest of magic, Hyakkimaru encounters long-lost members of his family—with devastating results—while secrets from Dororo's past are revealed in the presence of a monk who persuades Hyakkimaru that an aspect of his thieving companion may offer a hint to his mission in life once he completes his odyssey of righteous killing. As per the previous volume, this is compelling stuff and notable among Tezuka's works for being almost relentlessly downbeat, gruesome and genuinely creepy, all elements somehow enhanced by the artist's appealing animation-influenced visual style.