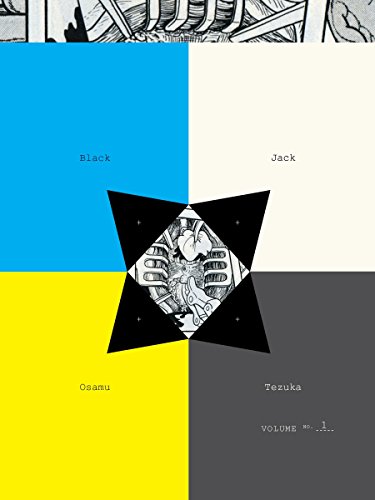 Manga legend Tezuka fuses medical drama (think a manga ) with philosophy in this famed series about the adventures of the world's greatest surgeon, the eponymous Black Jack. Created in the '70s, combines the episodic tension of Tezuka's early serials with the humanist concerns of his later work, like and . Black Jack is a dramatic, nearly Byronic figure, with a scarred face and sinister black coat who is unlicensed despite his unparalleled healing skills. Operating outside normal society, Black Jack is called in for the most outré and serious cases: a rich man's son who needs a body transplant; a young woman who keeps seeing the face of a murderer through her newly transplanted cornea; an American superdoctor computer that decides it's sick. In one of his most bizarre cases, Black Jack removes from a woman a teratoid tumor containing an unborn twin and uses the removed bits and synthetic parts to create a lisping little girl named Pinoko who functions as his sidekick. With genre-spanning stories—horror, sci-fi, romance—and Tezuka's signature blend of drama, bathos and extreme broad comedy jammed together on every page, is a wild but extravagantly entertaining ride that's far more accessible than the author's novel-length epics.