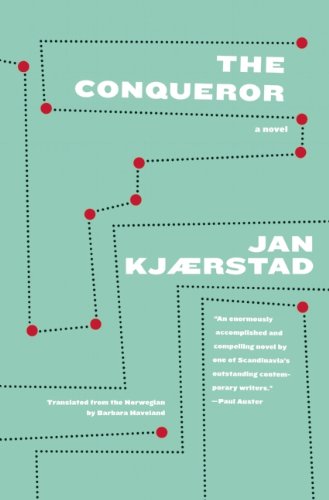 In Kjaerstad's second installment to the Wergeland trilogy (after ), loosely connected vignettes about troubled Norwegian television director Jonas Wergeland's life reveal large and often unpleasant truths about him. The action stretches over Wergeland's more than 50-odd years, over many countries and through a wide swath of women and a murder. The novel is presented as the work of an academic turned popular author who has been commissioned to write a Wergeland biography. However, the professor has been stymied by a writer's block that is only lifted when a mysterious stranger with insight about Wergeland appears at his doorstep. Despite the collage of stories, the name-dropping of Norwegian artists and the complex system of symbolism that Kjaerstad creates, the narrative (thanks to Haveland's faultless translation) never feels head-scratchingly Norwegian, and Kjaerstad leaves overly obvious signposts to assure there is no ambiguity about his motifs and meanings. Kjaerstad's reminder that “the connections between the stories in a life are as important as the stories themselves” yields well-knit–together stories, so that a darkly humorous picture of Wergeland's life finally emerges.