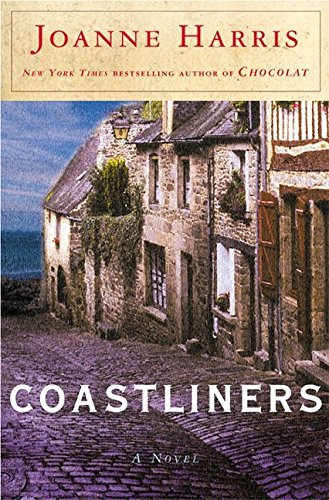 Family history meets village rivalry in Harris's poignant fourth novel, an understated passion play set on the provincial French island of Le Devin. Madeleine Prasteau leaves her Paris apartment to return to the island village of Les Salants, where she discovers that her father, a widowed boat owner, is going downhill along with the village itself as the rival town of La Houssinière grows and prospers. Despite her father's chilly greeting, Madeleine spruces up the family home, and when she meets an attractive, mysterious stranger named Flynn she gets involved in a project to save Les Salants by building a homemade reef to restore the fast-eroding beach. The project gets complicated when Madeleine realizes that Flynn has ties to Brismand, a rival of her father's, who controls local commerce in La Houssinière. The reef project succeeds, but with a bitter aftertaste when Madeleine's older sister, Adrienne, moves back to the island and her father becomes infatuated with Adrienne's children. Sibling rivalry fades to the background when Madeleine learns that Flynn's ties to Brismand extend into her own family history, and she discovers that Flynn was an integral part of a romantic triangle involving her father and Brismand. Harris develops her beguiling story in layers, drawing Madeleine into the village life she loves and loathes while exploring the nuances of island living. Despite the narrowly focused setting, Harris exposes a wide range of passions and emotions as Madeline gets involved with Flynn against the effective backdrop of the various family and village rivalries. This book lacks the lurid erotic power of , but Harris compensates for the lowered levels of passion and eros by writing with power and grace about the family ties that bind.