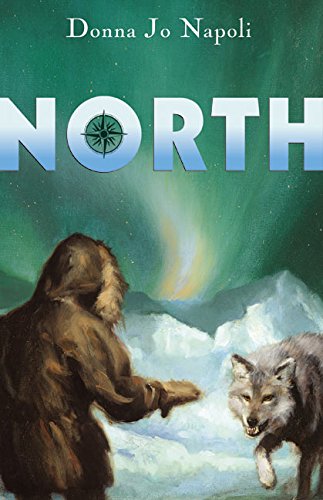 Napoli ( ; ) may not be able to hook her usual fans with this overlong adventure tale, which begins rather thinly. Alvin, the protagonist, is a 12-year-old African-American boy growing up in a matriarchal household in Washington, D.C. As presented here, Alvin's life resembles something broadly depicted on a television after-school special: his strict mother forbids him to go into white neighborhoods without her, and his grandmother always backs her up. "If the mamma ain't happy, ain't nobody happy" is one of Grandma's favorite sayings, and early on she chuckles at having bought a sweatshirt with those words for a Kwanzaa present: "Grandma didn't care one way or the other about Kwanzaa, but she was ready to take advantage of anything that would allow her a belly laugh." When he walks away from a drug dealer's offer to make him a runner, his mother chastises him for speaking to a dealer in the first place. Having plunged into an assignment for African-American History Month to research his hero, Matthew Henson, Alvin now decides to run away and retrace Henson's path to the North Pole. By this point the plot requires a major suspension of disbelief; unfortunately, the author probably won't have earned the audience's willingness to go along. The road trip that follows brings a pastiche of characters from different cultures; a band of Inuk ranks among the most intriguing. While the setting becomes exotic, the narrative hews to convention: Alvin broadens his view of the world and learns gratitude for his family and home. Ages 9-up.