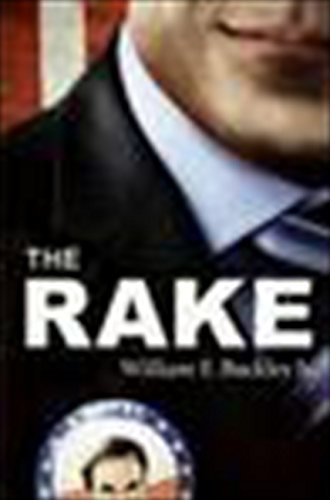 Handsome, charismatic 1992 Democratic presidential candidate Ruben Castle is a former antiwar protester who now tacks to the center and is adept at taking both sides of an issue. He’s also an inveterate womanizer with a scandal in his closet: a secret marriage to college sweetheart Henrietta, which he didn’t bother terminating before wedding boozy ex-Miss America Priscilla, and which produced a son who now returns to haunt him. This story has the makings of an Arkansas trailer-trash saga, but conservative Buckley—über-pundit, Blackford Oakes yarner and social comentator ( )—doesn’t do tawdry. Characters are tepid rather than lurid, and the sex scenes convey the pertinent information (“he didn’t know then that his ejaculate had burrowed down into her ovum”) without unnecessary sleaze. An inner wonk reigns, whether Buckley is describing office politics at a student newspaper, punning about the Wilmot Proviso or ruminating on “whether Congress can retroactively usurp the President’s authority in foreign affairs by denying him authority to conclude arrangements that he had made without any challenge to their constitutionality.” Buckley’s waspish wit sometimes scores—Ruben’s handlers’ intricate calculation of which commencement-address invitations to accept is hilarious—and like-minded readers will chortle over his satire of boomer politicians’ mores.