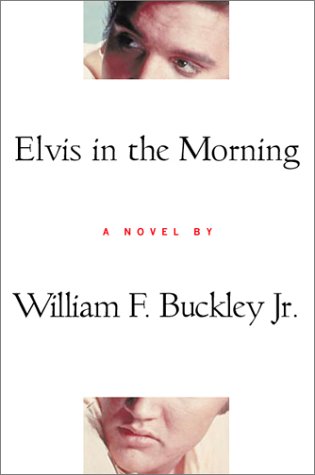 ELVIS IN THE MORNING

Departing from his persona and his spy master series, the erudite Buckley () concocts a charmingly sympathetic tale tracing the fictional relationship between a young boy and the King. Buckley captures the hope, the yearning, the magic and pathos of the '50s and '60s as few authors have in this –like reflection on two turbulent decades. Orson Killere is 14 when his socialist convictions get him caught stealing Elvis albums from the U.S. Army base PX in Wiesbaden where his widowed mom works for the base commander. Obsessed with the King's music, Orson and his girlfriend, Priscilla Beaulieu, suffer mightily when the judge puts Elvis recordings off-limits. Then, miraculously, Elvis himself, hearing of the sentence and stationed nearby, shows up one morning and sings to Orson in his kitchen. Priscilla is called over and Presley, smitten with the 14-year-old girl, makes plans to marry her and enlists Orson as lifelong confidante. As time goes by, Elvis leaves the army and his film career takes off; Orson starts an SDS-type group and gets kicked out of college at the height of the '60s; and Priscilla strikes a deal with her parents, living at Graceland until she can marry Elvis. The well-worn contours of Elvis's story take on a fresh sharpness when subjected to Buckley's surprisingly tender treatment. This is a low-key pleasure of a read, a nostalgic tale that eschews mush and a heartfelt tribute to the tragic figure who touched so many lives.